The Case of the Errant Arousal 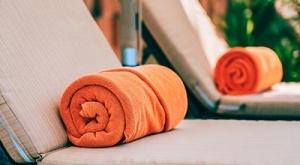 This article addresses one of the issues that can cause a bit of embarrassment for men. It is meant to be a bit tongue in cheek so bare with me (pun intended). See I already made a funny one. Okay, okay, I can hear your eyes rolling from here.

Perry: Hamilton, my client did not intend to become aroused at the resort.

Hamilton: Perry you know that intent is not required to charge a guy with an errant arousal.

Perry: Hamilton, you know full-well that an individual commits an infraction of the arousal rule if he or she (well in the case of an Errant Arousal, maybe not she) acts in a way that fulfills every element of this offense. Furthermore, every rule violation involves three elements: first, the act or conduct (“actus reus”); second, the individual’s mental state at the time of the act (“mens rea”); and third, the causation between the act and the effect (typically proximate causation). In a rule violation of this nature, you have then burden of proof to establish every element of my client’s actions beyond a reasonable doubt. Finally, Mr. Burger there was no intent and the slightly aroused appendage was removed from the view of the public in great haste and with great decorum.

Hamilton: Your honor, there goes Mr. Mason, again, using facts and evidence to confuse the issues and win another case against me. I think that we need to go to commercial break so that I can think.

Judge: Mr. Burger your motion to go the commercial break is denied. Really sir, don’t you have more serious issues to deal with in your office!

Hamilton: I never get to win. Case withdrawn!

Men and women, both have many fears that are acculturated into us as we mature. Some are good and some are not so good. Some even create inordinate levels of fear in us far beyond any reasonable consequences. I will forego my full Sociology Lecture on this topic, as I don’t want to put you to sleep. Among the many fears that men suffer, is the fear of not becoming sufficiently aroused at the appropriate time or becoming aroused at an inappropriate time.

Over the years I have done much research on the nudist/naturist lifestyle. I have presented this research at academic conferences, naturist meetings, to the National Park Service and the National Forest Service. I have no idea how many times I have been asked by guys interested in visiting a nudist event about the issue of unintentional arousal. In fact, just a few days ago in the Farmer’s Market in Flagstaff a young man asked me about the significance of the latitudes and longitudes on the back of my t-shirt. Commercial plug goes about here for our new t-shirts!! This is my new AANR-West t-shirt. I explained to him that they gave the location of the major landed clubs in AANR-West. We chatted for about 5 minutes. Now, here is a perfect stranger saying to me that he might get an errant arousal, although he used the “E” word. I explained to him that it would be unlikely along with reasons why. BTW, buy this point several people standing in the same line for coffee were listening to the conversation. I wish that my students payed such close attention in class.

My research, as well as that of others, suggests that the fear of becoming inordinately aroused is one of the main reasons many men are apprehensive to participate in nude recreation. This is a common fear among men and one of the reasons that men often prefer a male doctor as opposed to a female doctor for annual fitness exams.

Arousal is a natural reaction to a stimulus, in the proper setting. So is burping, rapid blinking of the eyelids, and involuntary actions such as fight or flight. The most important thing is how the individual, as well as others, react to the action.

Erections are as natural as the rising sun (Sorry, I have been wanting to say that in an article for a long time, but I digress). I believe that we all agree that errant arousals are considered to be inappropriate at nudist resorts and beaches, but tolerated if brief and not intentional. So, what should you do if you have one of those moments of Errant Arousal? There are several choices, none of which include pouring hot coffee on the affected area, laying in a bed of ice cubes or revisiting the worst mental image that you keep way in the back of your head or even calling Perry Mason to defend you.

If this should happen to you, just obey the rules, cover it up with a towel. This is an easy solution since there should always a towel with you. You can also simply lie face down, wrap the towel about you and jump in the pool or sea. I would urge that if you cannot swim you might want to avoid jumping in to the deep end of the pool, maybe just slip into the shallow end. BTW, covering it up with a towel does NOT include hanging a towel on it.

"Do males get visibly excited?" The answer is, "Not often. Nudist clubs are far less sexually charged than places where bikinis, thongs, or other provocative clothing, are worn. On the rare occasion where this occurs, simply don a towel, turn over, or take a quick dip in the pool." Erections at a nude beach or nudist setting should be covered up to make sure non-nudists know for sure that what we are doing is not sexual.

As I have already noted, many bodily functions are also natural like burping and passing gas, but we try to control them out of respect for others who might be offended.

If you need reassurance please know that at family-friendly nudist events, sexual arousal is rare. It is, believe me, as rare as hen’s teeth. But males still get nonsexual involuntary (“E” word goes here) especially in the morning. Your behavior is what matters. Your body doesn’t need an apology. It’s also not polite for people to body shame you. When you see it happen to others, it’s polite to just ignore it. I think that it would be somewhat impolite to stand up, point at the Errant Arousal and say something to the effect of “Oh my God, look at that!” I think that it is important to remember that male or female, body acceptance is the goal so showing respect and not having to worry about hiding or being embarrassed is key.